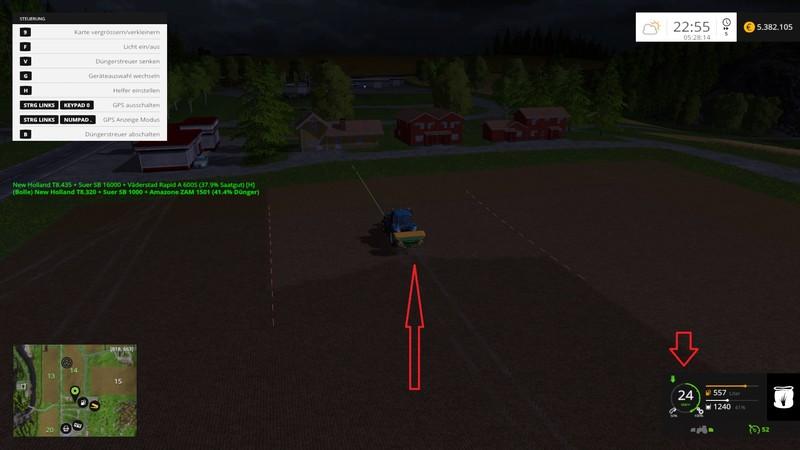 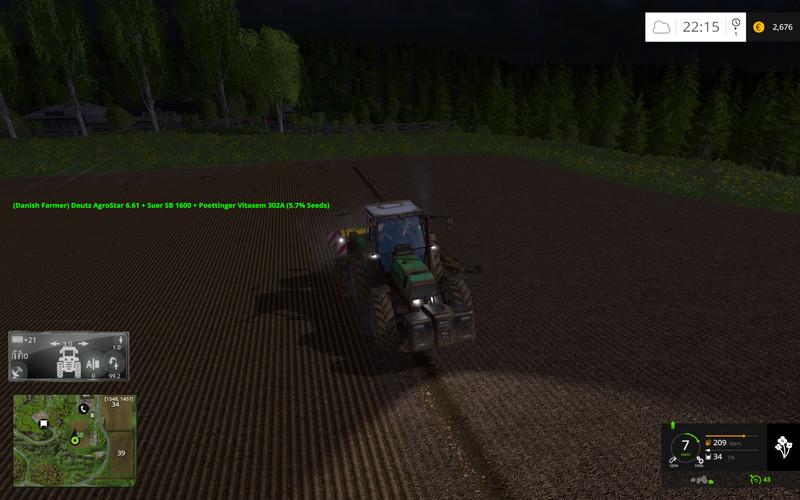 The drive control-mod adds the LS modular to many small functions such as manual motor starting, reversing circuit and several limiter.

The mod consists of modules which can be individually switched on and off. Why? I honestly had no desire for any small additional feature that comes to mind as to create an extra mod. Müllt you only the mods folder and gives me the support unnecessarily confusing. Therefore, it is with the drive control now a “master-Mod”, which will be extended from time to time by additional modules.

As far as the modules need these advertisements are bottom right of the HUD speed from LS15. So as little additional HUD-slag.

When you first start the mod puts a driveControl_config.xml file in LS15 main directory (where the log.txt located) to. In this file, the individual modules on and off as desired.

Of course it is invariably remap the key bindings.

Modules in V1.0:
All modules of the V1.0 and the mod in general are also explained in detail in the video!

Manual engine start:
Vehicles by pressing – and hold for a moment – the Enter key to start. The engine remains on when leaving the vehicle. It can therefore be driven off after re-boarding immediately.

The motor status can be read in the HUD right above next to the speed: the red battery icon indicates a engine off, the yellow Vorglühsymbol appears while the button behavior of the Enter key at startup and dark display running the engine.

Wendeschaltung / Shuttle Mod:
You can not drive by kicking the brake backwards now. The current direction is shown as a green arrow at the top left of the speed in the HUD. Pressing the space bar can be switched between forward and reverse.

As a special can the shuttle module on and off in the game for individual vehicles. For this one must hold down the spacebar a little longer and then immediately gets back to normal operation. When disabled Wendeschaltung no arrow is displayed.

Throttle / gear limiter:
The two limiters of driveConrol mods are combined in one module. They are at the bottom left (throttle limiter) or bottom right (gear lock) shown by the speedometer.

The throttle limiter does just that: it takes away more or less a lot of gas. Thus, this limiter is mainly for road trips, maneuvering, front loader and trailer work.

This limiter to set between 0% (almost no gas available) and 100% (normal driving) while holding the left shift key and the arrow keys up / down one. No, the camera does not move with a result.

The gear lock works completely different: It locks in the automatic transmission, the minimum translation, and thus the speed up. This limiter is especially suitable for field work. And the kicker: With the transmission interlock can also Throttle down the helper for a demonstration you just look at the best video!.

The gear lock to set between 0% (brute crawlspace – with more starting torque than in the normal driving mode!) And 100% (normal driving) while holding the left shift key and the arrow keys left / right one. Again, the camera moves, of course not.

There should be some other modules. On my desk is already a big list – even though of course not all of them will see the light of day. Suggestions & ideas for this are of course welcome. And here: http://www.modhoster.de/projects/drivecontrol

Have fun with this first version 🙂