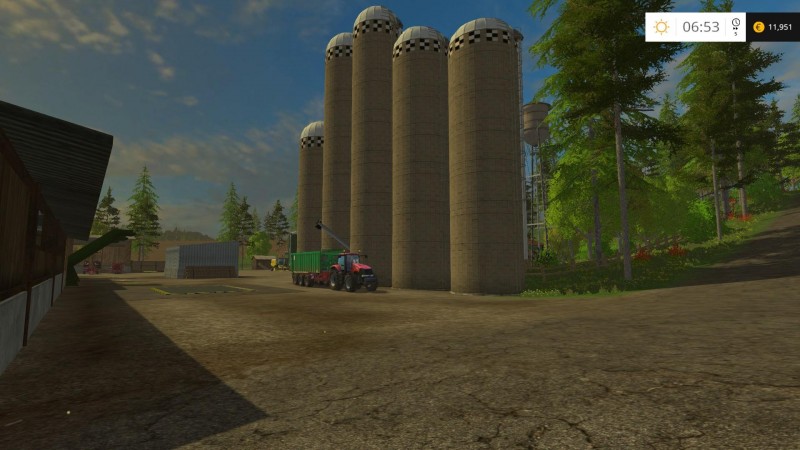 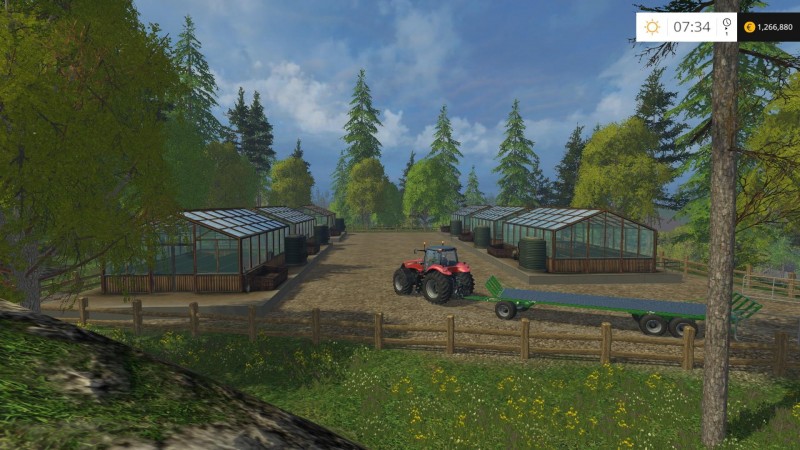 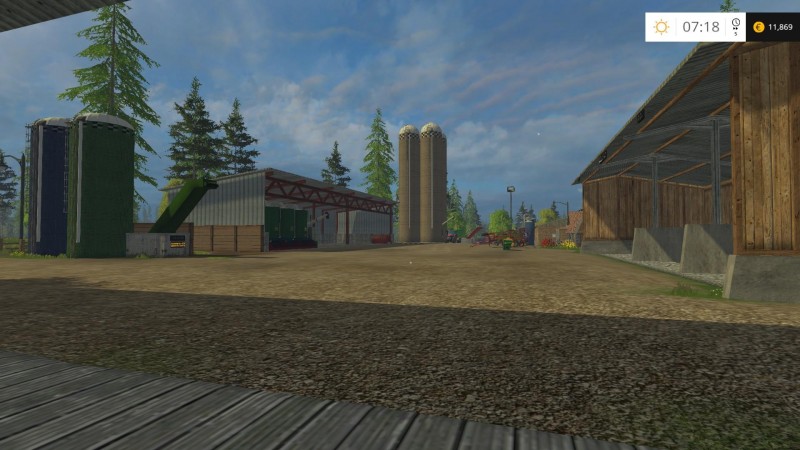 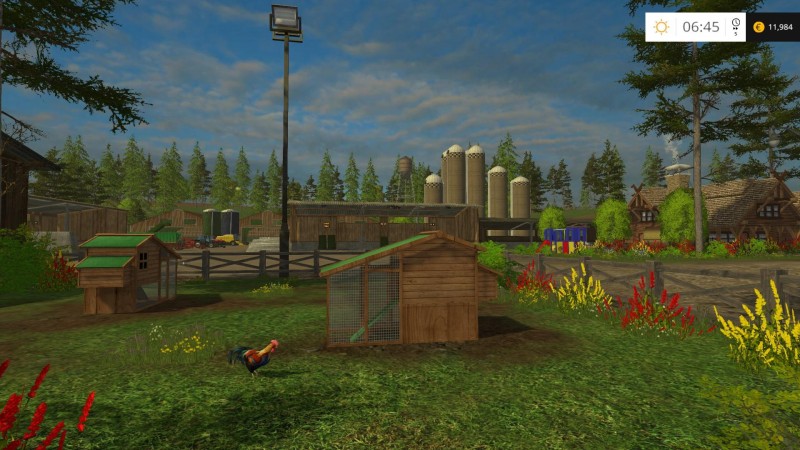 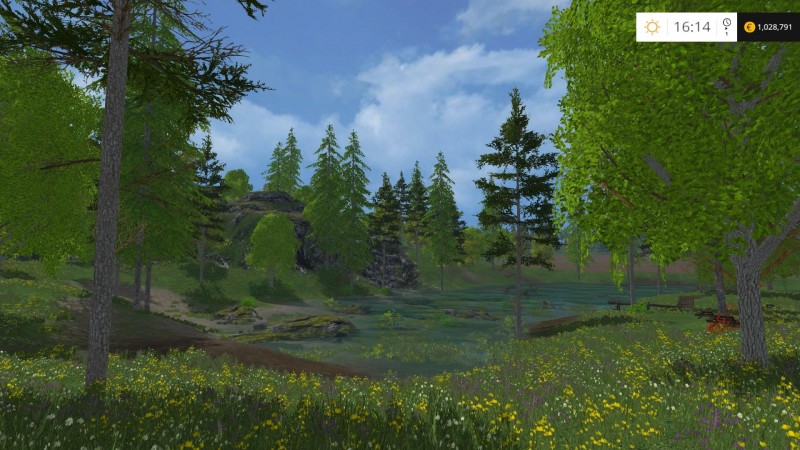 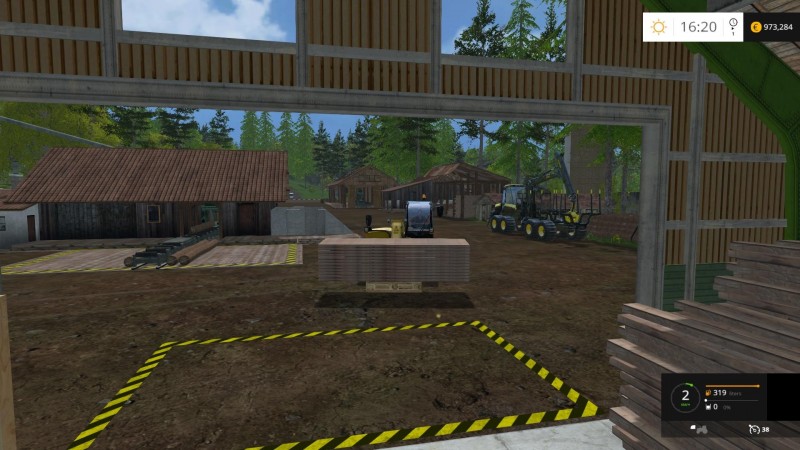 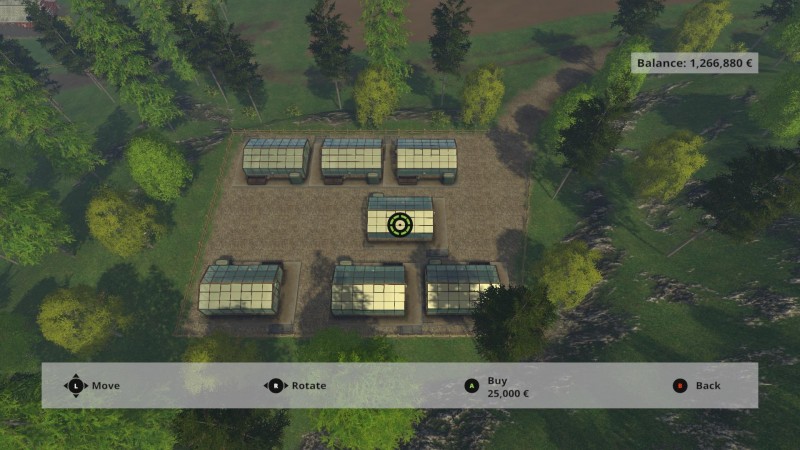 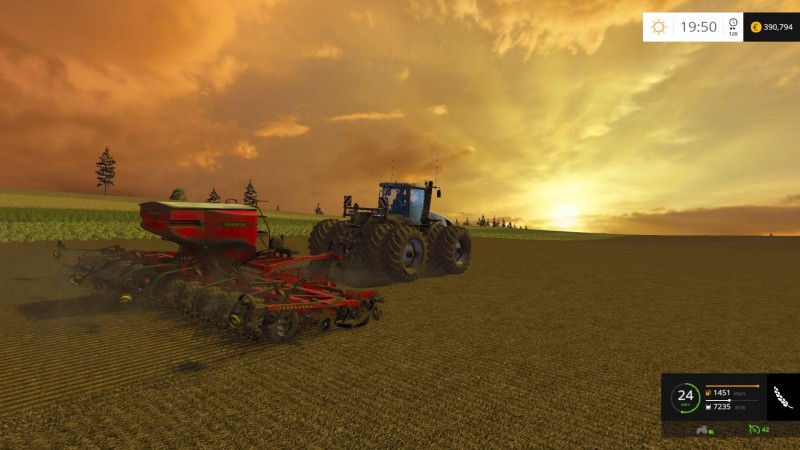 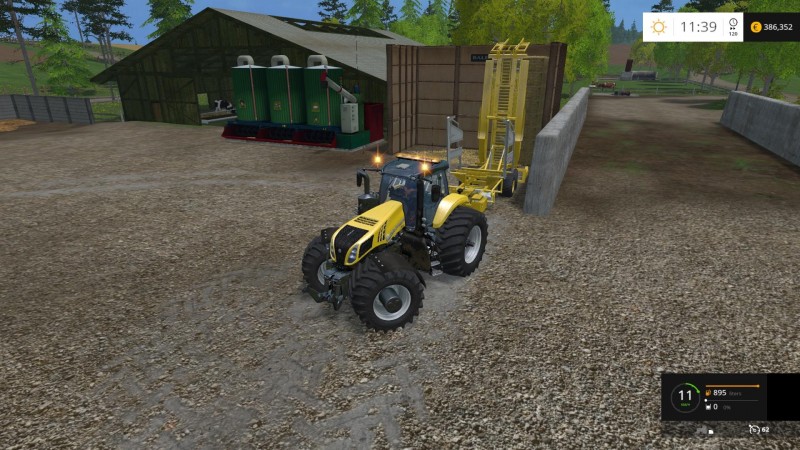 Ringwoods Map Update v1.71
IMPORTANT! DO NOT TRY TO LOAD A GAME SAVE FROM THE EARLIER VERSIONS AFTER INSTALLING THIS UPDATE. MAKE SURE YOU START A NEW FRESH GAME.

Important Change: You need to unzip the file and you will have RingwoodsV17update and 5 other zip files plus a short notepad readme. Place all zip files in your mod folder. The included AnimationMapTrigger has the functions for the Gates, Roof and Doors to the new chicken fattening shed at the North Farm.

Starting equipment is better than basic and worth +999k if sold towards mods.

It would be a great help to others If you could comment on how this map performs with your PC system specs. This plays perfectly on our systems with settings set to HIGH and 2xAS , 2xAA enabled. Win7 64bit, 8gb Ram, Xeon quad core CPU’s and Geforce 670 MSI graphics cards.

For players new to Ringwoods the map was based on the original Westbridge map, it has a huge surrounding forestry trail which rings the full map on it’s pushed back boundarys without sacrificing any field space. To say a few trees are pre-planted is an understatment and it’s a fun place to take a break from farming with an off road pickup. Field layouts have been changed from the Westbridge original map to make a better operating environment. There are 3 large farms, Multiple ways to make money and places to sell. 3 sawmills and a main mill with Marhu’s sawmill at it’s center. Animal fattening pigs, beef and chickens, Compost factory, Farmer_Andy’s new salad factory, 3 fenced empty flat areas for placeable mods, a wool pallet collector and more. The trees have had photoshop work and so have most of the textures in the map making it a beautiful place to farm in.

Thanks to all that pointed out small issues for me to fix or change ready for this update, they have all been addresed. I’m 1 guy and I make mistakes but I fix them fast if I’m made aware.
New For V1.71.

The main farm silo trigger has been fixed.

The Farm silo’s have had a small change.

The main farm silo area in the yard has had a small change to it’s layout.

Several floating objects have been fixed.

Collision has been removed from all ash, oak and maple trees and the all the fence end post’s(NOT THE FENCING) this frees up extra resources.

The Voll duplicate warning has been fixed.

The Modesc has been rewritten and is fully UTF-8 compliant.

All reported sever issue’s have been addressed and all the reported wav and texture sizes have been resized/sampled to under reported limits needed.

A few more files have been removed from the map files resulting in a small zip package.

Several landscape issues have been corrected.

Digital Silo amounts have been added to the new farm silo’s but they flicker like the rest.

For now you no longer get paid for tipping at Ringwoods North or South Farms.

Payments have been increased by distance for deliving Perfect Produce to diner’s.

All the tree models replaced before rezip.

New for Ringwoods V1.7.
I thought it would be good to have a flat area on the map for placeable mods so I created 3, one at the side of CMC Composting, one north of the baseball field and one up behind the sheepzone on the right. All are fenced off, auto gated, have flat ground surfaces and are surrounded by trees. See Pictures. PDA is updated for the 3 areas and I hope you find this space of some use.

The file system has been cleaned and all junk files and folders now removed.

The 5 mods that were built into Ringwoods upto V1.6 have been made external like other maps, they are now in zip files to be placed with the map in your mods folder. This should increase the maps compatability and should prevent it from refusing to load for some folks due to mod conflicts. Marhu’s water mods is still built in.
Several dead items have been removed from the scenegraph and around 50 duplicated fence post’s that I found when cleaning out the scenegraph.

The PDA map has been replaced with a new one as it had moved off center, it is also upto date and has new locations and new icons for Perfect Produce sell points.

Field areas 8 and 9 have a new layout and it has created the largest field on the map with a nice elevation change. It takes a long time to seed and harvest field 8 with standard equipement.
You may have noticed in V1.6 3 fields had buy triggers on mounds, the mounds were visual elevation markers for me but I had no time to implement this. They are now finished and smoothed out.
I have finished the fencing after a few days work. All fields have autogates and this has changed the way the map plays as you can no longer just cut across land where ever you want to but most fields do have more than one entry/exit point.
100’s more trees have been planted to create avenues along the fenced fields and road ways. More trees have been planted into the maps boundary forestry.

Malc’s compost storage has been implemented into CMC composting’s yard and the composting yards silo has been lifted so a Krampe 900 easily fits now. The Yard has also been made wider.

Conveyors have had work to textures and particle unloading outputs corrected and aligned. Small natural trigger markers have been added to the ground.

New Chaff storage areas have been added to each farm along with conveyors.

BioGas Silo’s 1&2 have had a tweak which should prevent the bug where they won’t fully empty. Silo’s 3&4 were not affected by that bug.

New Digital silo amount displays have been added to the feed stores. They flicker like on most other maps unless close up. I wasted a day playing with them but they will have to do for now. These were a user request and are a trial.

A small aid for bale storage has been added at the cowshed next to the mix station(South Farm). This will prevent any bales from a stack falling into the cow meadow.
Farmer_Andy’s new salad factory is installed and fully operational in the north. This was a large mod and took some squeezing in. You will need marhu’s new multi tanker to fill the fuel, water and fertilizer tanks. The plant fills with wheat seeds only. Once all are full production will automatically startup. The tanks capacity’s have all been upped from 10000 to 30000 and the generators fuel capacity has been increased so the plant will run for longer than the placeable version. Perfect Produce has an on site sell point in the warehouse a short front loader lift away, however sell points have been added to the maps diners(lettuce icons on the map) and they pay a slightly higher price for delivery. Night lighting has been added to the Perfect Produce yard like all the other main areas.
Extra texture work at gate entries and grass verges plus buidings around the map. Many small fixes have also been made in V1.7.

Starting equipement has been updated.
There’s more but I’ve forgot and you’ll have to look to notice. Stevie.
Framerate is still silky smooth on our PC’s although it may glitch upon first starting the game until the caches are filled. Also at 9pm when the lights come on you may see a performance decrease. Driving around the areas with the lights on will help speed up the caching, make a save point, exit and reload and it should now be smooth.
As always this map was designed to run on our PC’s the spec’s are above and it does perfectly. However I CAN NOT guarantee that it will run, perform and play as intended on your PC system but hopefully it will.
You are not allowed to modify and re-upload this map without my permission so please don’t, make and edit your own maps and mods it’s fun.

You can however use my modifed textures including the trees for your own map and upload them with it. Thanks Stevie.
V1.7 END.