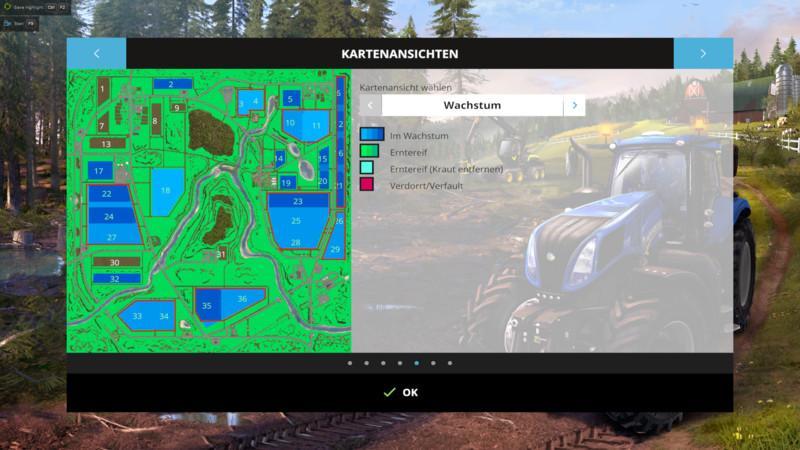 For all who bought the LS15 Gold Add-on and wonder why always such a big map with so many small fields, one could not halve the map and make fewer fields or make the larger fields in the same size of the Map.
Since I play the map and I like it of all standard maps in the game she is the most beautiful map, (soil texture, geometry, no polished fields, just a map with uneven ground and in the fields, and especially the old building).
I have taken the time and put the fields according to my wishes (ideas) together or enlarged, and I thought what the heck is the rest of the community also due to participate.
The following has been changed. Changes are outlined in red.

Since I have the map already played a few days and also a nice start-up capital is available, only the vehicles I have reset to default, it should be easy to continue to play for everyone to be. The fields are sown in the BGA are 3 silos filled, etc.
I will when I have time again even CP courses retract from all fields to the farm silo, in the BGA and to sales outlets, Drescher must themselves be driven to the field. Collecting grass / straw o. Hay will be the case with CP, feeding the animals (sheep, cows, bearing) is attending.
Now I wish you a lot of fun.
If anyone has suggestions or what to complain about it writes. Rude comments will be deleted.