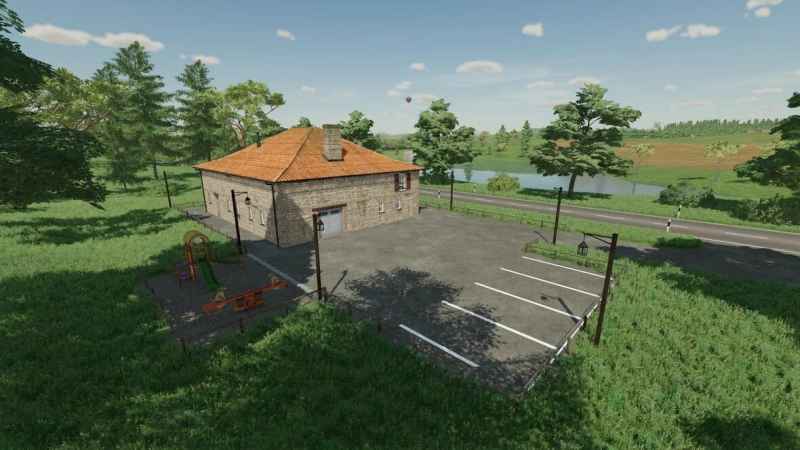 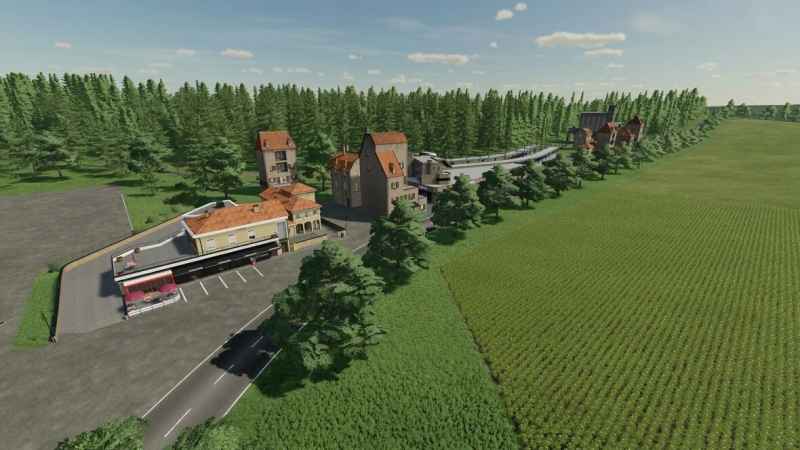 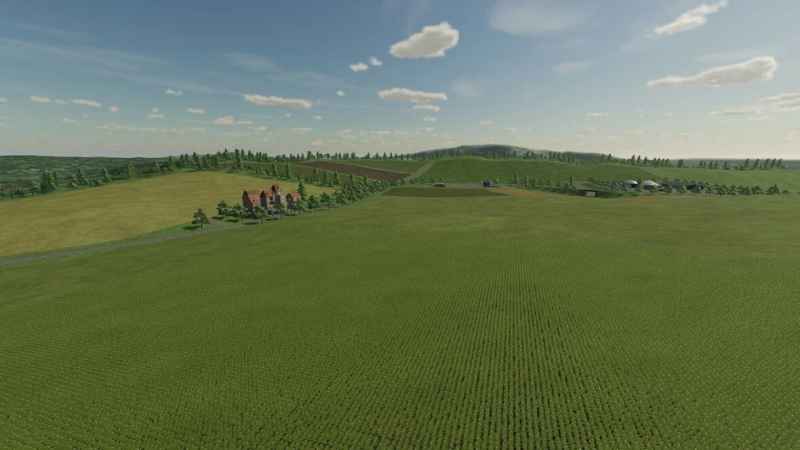 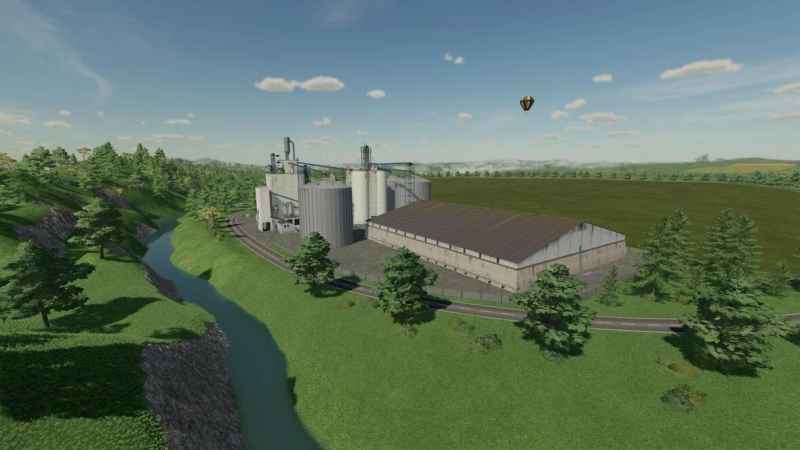 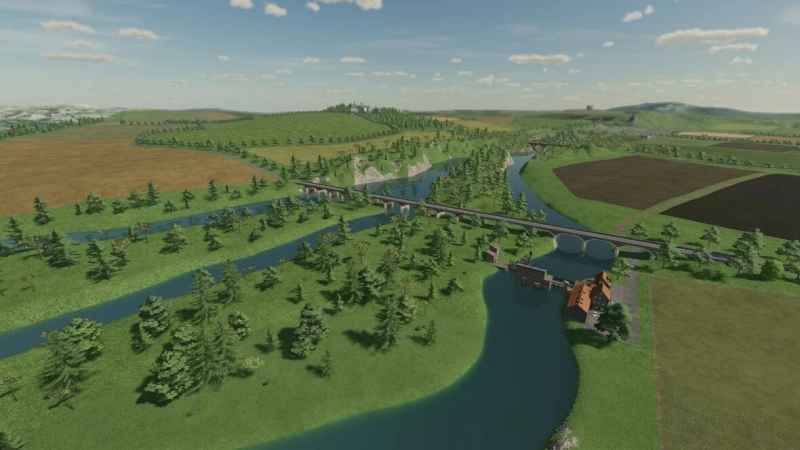 Description:
You like the original Haut Beyleron but it’s too small for you, then the department (county) Haut Beyleron might be right for you. Great for multiplayer.

With the department (district) Haut Beyleron you get a 4-fold map that has its origins in the Haut Beyleron, so it is not simply a conversion of the map but an extension of the original Giants FR map.
The map has been expanded in the style of the original map and now simply offers more areas for agriculture etc. to make it more interesting for multiplayer. My recommendation is therefore clear, the map is less made for single players without CP and AD, but rather for multiplayer or single players who have fun playing with CP and AD.
The map now has 99 fields (the largest has 50 ha), a Lohner main courtyard and 4 standard courtyards in the corners and also 4 BGA’s. There are also productions installed on the map that are visually larger on the one hand, but also have more bars (and cost). There is a large cow and sheep pasture for those of you who enjoy raising cattle. The top left fields are for grapes and the top right for olives (but don’t have to). Since the card is still in beta status, my clear recommendation is not to build anything further on it, because productions are still being added and existing products are being expanded. I installed a 4x fermenter/grass dryer at the hardware store, so 4 different players or farms can buy and use them here. No products can be sold in the productions, there are corresponding triggers for this, most of which have already been visually identified. There should also be no orders where stuff has to be carted into productions.
In the main courtyard there is a straw and fodder store that naturally accepts bales, but they have to be placed on the conveyor belt (so don’t be surprised, it has to be like this). Since there is enough to do on the map, there is no multifruit. If you want more fruits, you have to install them yourself. But also here the hint, only do that when the final is out!
In order to be able to drive milk powder, you need the trailer: Departement Haut Beyleron Trailer

At this point it should be said that a lot of small stuff is still missing such as decoration, delineators and lighting in and on the productions. So there will be at least weekly updates until the final. If something needs to be changed in the savegame, there are of course instructions for doing so.
Another small note, if you want to make wood, you should have the MoreTree mod, because the tree limit on the map has been reached and you can’t plant trees without the mod.
❗ Autodrive courses can be found here https://discord.gg/nudGZjcWqc.
We have of course tested the map, but errors can certainly creep in here and there. Please report them to me in the DC (https://discord.gg/vEc2dXf)
I hope you have fun, if you don’t want it, don’t load it and if you find errors, please report and don’t complain!
❗ The first Mapklau card has appeared, of course I will not take any support for it!