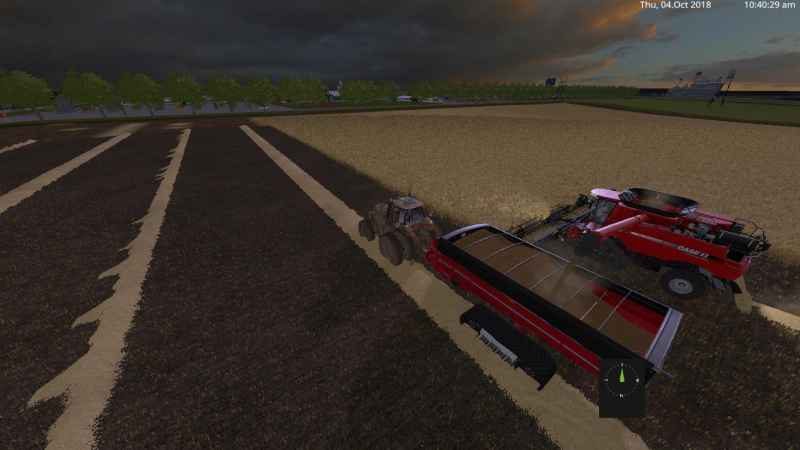 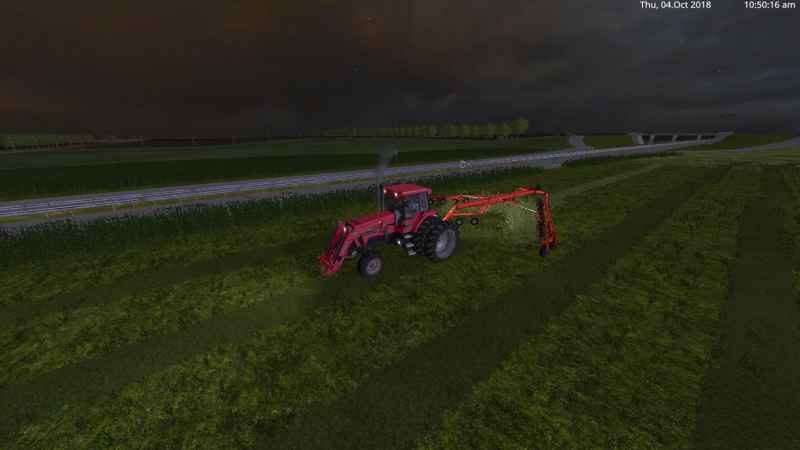 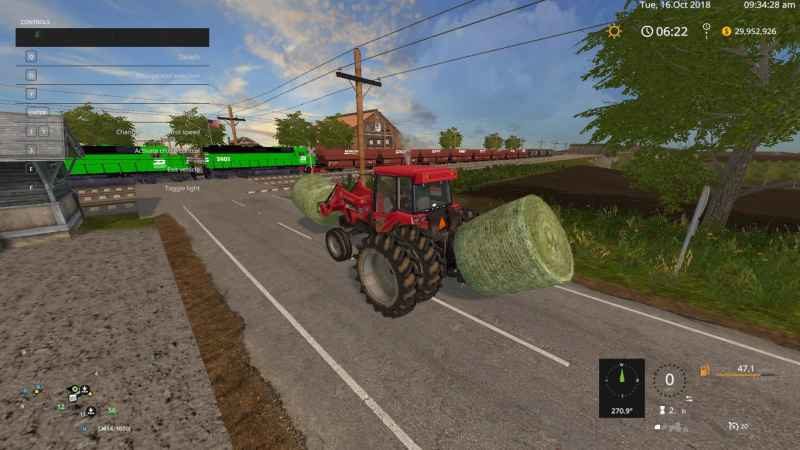 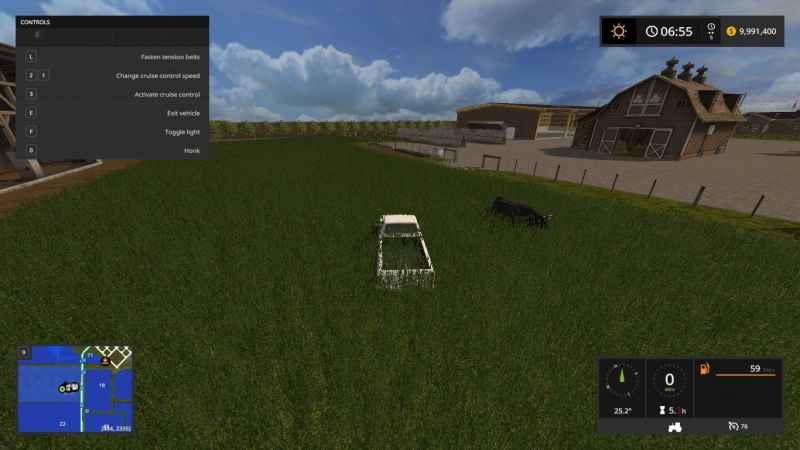 In this version I have removed the brahmas and added beefmaster and angus sorry they have horns, I’m unable to remove them. I fix the alfalfa so you can cut and it regrows. You will need the cropmower mod to cut the alfalfa and clover. The beefmaster is where the brahmas was and the angus is at the farm on west side of map. I removed the dog, but I left the dogfeed mixer in you can sell the feed at the same places.
This is a small update: I moved the fuel tanks and dog pen out of shop. I up the percentage of grass grazing. Moved the sell trigger at the CaseIH shop to outside and in front of Repair shop.
In this version I fix the sell point for fish, etc. I have added to other stores so you will have more than 1 sell point. I have added the grazing areas for cows, Brahmas, pony, sheep and goat.
I have just uploaded the map with corrections. I found 2 trees out of place and I have replace the Weberei, wool factory. It is set up for pallet trailers.
V11: First of all you will need to start new game.
I have put in interstate highway so some of the fields has been change. It has 2 container cranes, they are storages. I have added some traffic to map. I have added new roads, but I have used some of the old roads too. I wanted to get this out there before FS 19 comes out.
I have fix the logisticCenter to show all storages now. I have remove the little field behind the turkeyMast and I moved the turkeymeat and liver even with mast and down size the interactive trigger so you can put placeables in front and behind the turkeys. I have replace the barges with tugboat and barges look more like what on the Missouri and Mississippi rivers.
V10: I have left the name FS17MissouriRiverBottomsV9 so you won’t have to start new game. I have tested loading of this version and loaded without errors.
I have change the red buildings to white.
I have added tobacco and hemp, now it has hemp paper and cigarettes to map. I have added storages for liquids along train line, water, molasses, liquidFertilizer, fuel
sunFlowerOil, digestate, and liquidManure now can be haul in tankers by trains. After you fill train tankers you can stop train where needed and unload
in transport tankers to haul to where needed.
V9: I have added the spline trains so signals works better when using
locoDrive mod. I have change the triggers at the river ports. River port 1 you load in barge and sendoff with train lever and riverPort 2 you now
load and you have to send train off to get the crops to sell. I have add log sell trigger to riverPort 2. I have mention before I have added to
factories, hemp paper and the other cigarettes so you can haul you tobacco to. You can sell at stores, and bars. I have fix the football and soccer
fields sell triggers so you dump easier. I have removed millet and red cabbage from crop from map, now you will need to get the red cabbage from greenhouse to
take to coleslaw factory.
Seasons Ready, multiplayer tested:
V8: I have added to this final update of map. Farm House is interactive. You can now park in garage and go into house and stay for awhile. I have finish
all the field areas and number them. I have changed the PDA map so it now shows all field areas in blue. You now can see the exact size of field
area you are buying. I have 6 farms you can purchase at different prices. The starting point is now at the bank in town and you have nothing but a
pickup and $11 million for normal. This way you can buy the farm and equipment you decide to use. I have added turkeys for produce only, no buying and selling
of turkeys. The trains are in map and the extra animals are in map. All this adds to size of map.
Storage Silos stores molassesMeal, allGrainFeed, dogFeed, distillersCorn, pigFood, silage, dryGrass_windrow, straw, forage, grass_windrow, chaff
degestate1, alfalfa, clover, strawPellets, hayPellets, and turkeyFood.
Animals: cow, pigs, sheep, chickens, Brahmas, ponies, goat, dogs, and turkeys(FabrikScript). I have horses, cows, dogs, sheep, chickens, snakes, cats, people, boats, planes, jets, trains
animations in map.
Crops: wheat, barley, rape, maize, sunflower, soybean, sugarCane, potato, sugarBeet, oat, rye, hemp, onion, hops, lettuce, tobacco, carrot, cotton, cabbage, sorghum, sudangrass, blackbean, peanut, corn2, alfalfa, clover, and rice.
In map: choppedStraw,,waterTroughAddon, GMKFC_Mod, multiAngleTerrain, Geo Midwest Season.
Fill types: compost, seeds2, cream, apple, cherry, orange, pear, plum, sunflowerOil, saladmix, cheese, hmilk, butter, coffeeBean, coffee, mavSilage,
mavSoybean, mavPotato, mavwoodChips, mavMilk, boards, emptypallet, stoffrolleMk, bread, beer, tomato, cauliflower, strawberry, rasberry, melon,
pumpkin, FischMk, FischMkkk, RaeucherFishKK, fishMeal, Caviar, icecream,fruitSalad, coleslaw, flour, sugar, eggsBD, vegetableOil, doughnut,
biscuit, meat, sausage, redCabbage, MAVlettuce, frenchfries, clothes, washPotato, washedPeanut, steamPotato, potatoChip, distillerCorn,
molasses, molassesMeal, allGrainFeed, biogas, digestate1, lime, whiskey, dogFeed, turkeyliver, turkeymeat, and turkeyFood.
Mod included: FS_startPointSave works only for single player. The author said he has no plans for multiplayer. zzz_cropMowing, alfalfa and clover can be cut with mower.