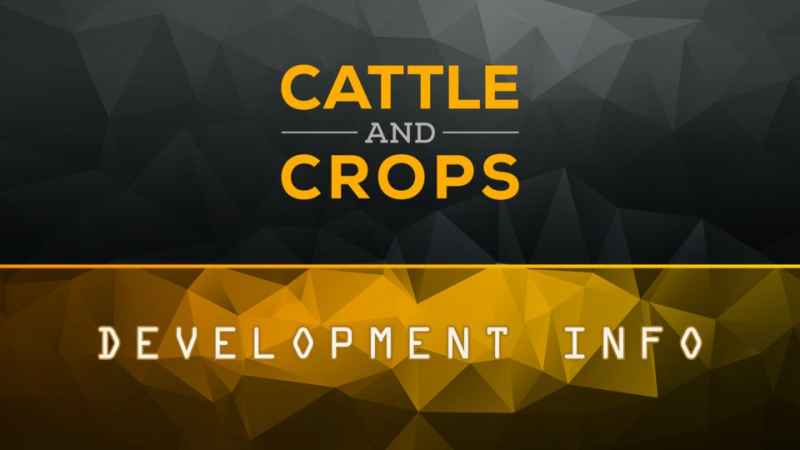 As announced, we’ll elaborate on the planned development up to the release of version 1.0 in the following.

Planning: We will The time until the release of version 1.0 of Cattle and Crops use to optimize existing content and bug fixing, as well as to process feedback from the testing department. However, a small update 0.9 will be released before Christmas. New content and features will be added into the game after v1.0 again. The exact release date of v1.0 will probably be announced at the beginning of 2020.

Multiplayer: We‘re going to develop the multiplayer further after v1.0. As already mentioned a few weeks ago, we will dedicate much of the time to the helper AI first. We can’t make a statement about the development time and the scope of the multiplayer mode at the moment, but this feature is high on our list of priorities.

Console: A second pillar of development is the port to consoles. We get a lot of feedback through our social media channels on this topic, including when and on which console CNC would appear. As the planning for this is still unfinished we can’t give any details yet. e are planning to port it to Playstation 4 as the first console version after the release of v1.0, however.. As mentioned above, we’re going to work on new content and constant improvements for the PC version at the same time: the PC remains the base platform.

Performance: One of the biggest potentials for improvement is the area of performance in Cattle and Crops. We see this as still very inadequate. In the phase up to the v1.0 release, the main focus is on areas such as: total number of objects e.g. trees, vegetation, shadow optimization, multi-threading. After v1.0 we plan to fully integrate the latest version (v3.0) of the Tombstone engine – which will not only offer numerous optimizations but will also bring some graphic improvements.

Season Pass: Up until now, the Season Pass starts with CNC 1.0 version. Due to the delays we have decided to start it with the release of the first paid DLC. This way you won’t lose any potential DLCs as part of your Season Pass.

User Interface: The structure will not change significantly until v1.0, but some sections will be revised or optimized.

Story & Tutorials: The story will be revised, e.g. the grassland and BGA missions will be taken over into the main story line. The tutorials will be separated and added as single missions (as it was the case for a short time in the Tech Demo). With the release of the “Albergtal” mMap we have added most of the explanations to the story. The goal is to be able to start the tutorials again individually, e.g.. “Buy a vehicle”. These can then be easily extended with new features and changes to CNC.

Languages: The entire game will be translated into other languages – French, Italian, Polish, Portuguese (pt-br), Russian, Spanish – by v1.0. We are also working on the technical implementation for Chinese and Japanese.

Circulation weather/soil/plant: The partnership with Landwirtschaftsverlag has also brought about some changes in game design. Our goal was to release an extended system with v0.8. Partly thanks to the access to more detailed information as well as to technical experts, this complex topic has been delayed in development and implementation. Due to this fact, this feature is the only one that could be released before v1.0 by an intermediate update. Should this system cause any problems during the polishing phase, we will have to postpone the release until after the v1.0 release.

Difficulty: We plan to complete the categorization and direct integration of difficulty level elements up to v1.0. This includes the classification of the individual settings into “easy”/”medium”/”difficult”, as well as the exact implementation of the effects of the options in the game.

We hope that these explanations of the individual production areas will provide a good insight into the coming months. Many thanks for the support and for the continuing detailed feedback! We wish you all a merry Santa Nicholas and a wonderful pre-Christmas time!