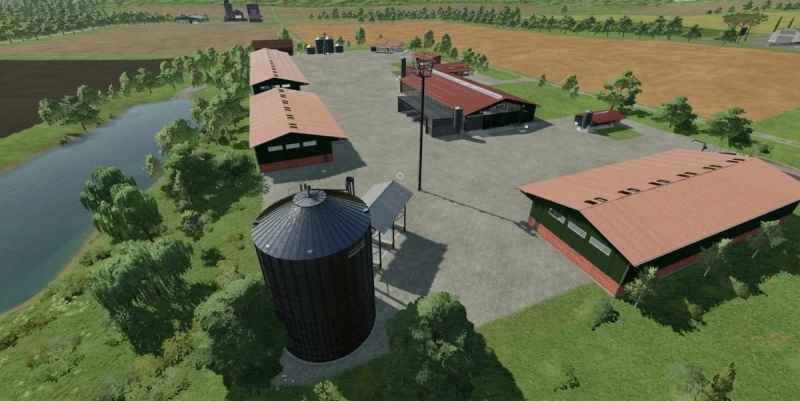 Description:
Pouance final version
The map has grown for almost 4 months and now has the status – final version!
In the future only errors will be corrected, but the map will not be further developed or changed.
A restart is required to have all the new and improved features.
If you have any questions, just ask and if you don’t like playing it, you don’t need to load it.
I had fun and I hope you like it
Have fun
bartgoor / Bretty’s Farm

Changelog & bug fix
-Outside storage now also accepts liquids from the train
-New tank wagon added (my thanks for the release to TRLP Markus -Team Rheinland Pfalz-)
-North sales station renamed to North Zug sales station
-Error deliveries (everything to be delivered to VK Nord) fixed
-New vehicles added, modified vehicles have their own category
-Feed capacities cowshed robot increased
-Terrain adjustments
-Update of the new fruits to fix known bugs, missions can now only be completed with your own vehicles, no rental vehicles
-Added train shopping station
-Farm silo removed in the yard, there is now only one extraction point, the silo itself is the former southern railway station at the logistics center
-Small initial stock of fruits in “New Farmer” mode