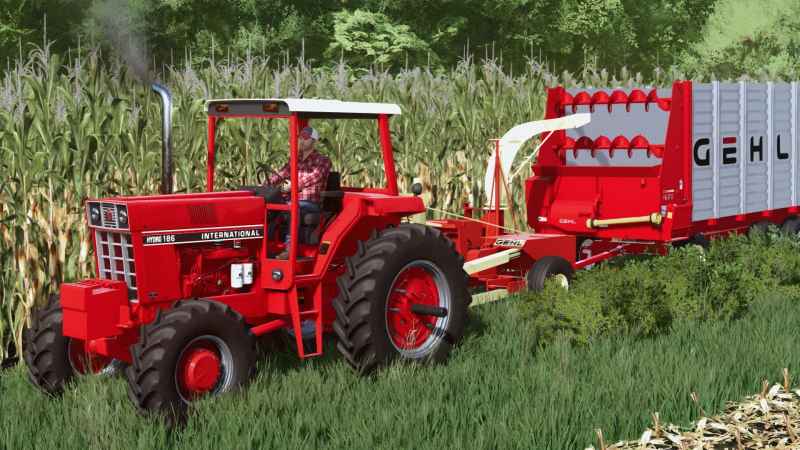 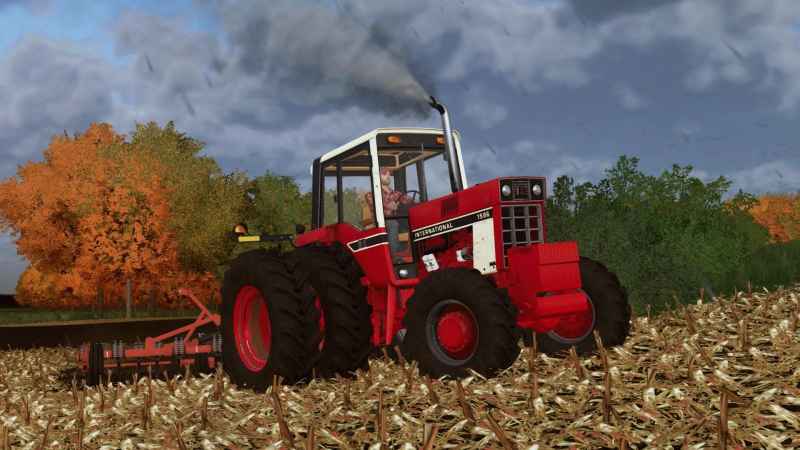 Hopefully fixed Goodyear and Firestone wheels changing to Continentals when reloading the game, Added Black Curved Sweep Exhaust and bar style mirrors (Courtesy of RedRock), Changed the Firestones to some different tire (I didnt like the other ones), and some file improvements.

This project started in May and wasn’t picked back up until Mid-June and after that its been constant work of modeling, getting measurements of our real life 1486, and coca colas drank. This I believe would be the most accurate 86 Series to date in farm sim, with brochures referenced, and forums dug up.. from 2008 probably. Enough with the blabbering, lets continue.

This pack includes the

We believe this lineup can suite your farming needs with incredible luggability in the thickest of soil, and the comfort to rival the family car. (pre 1980s)

And an interesting addition to the line-up, The Hydro 186 with a hydrostatic transmission only found in IH tractors including any speed for chopping, hay baling, and loader work.

Please take time to enjoy this as I spent much time and effort into this as I hope you will in the virtual fields.

Also Known as the “Pro Ag Line” the 86 was offered as the new big deal in farm equipment, the biggest thing being the new Control Center meant to be designed around operator comfort.

To promote the 86 line and other tractors produced at the time, IH created an event called the “Red Power Showdown”. During these events IH would put their tractors to the test and demonstrate how well and what to expect out of their tractors.

The 86’s used in the Red power Showdown and other events had some styling different only for these occasions, That is the Red Power paneling and decal, aswell as an IH branding iron decal (I never drew cus lazy). After these events, the Red Power tractors were sold at a cheaper price due to the hours already put on them.

In 1981 IH offered a special line of the 86 tractors, these tractors had a closed center hydraulic system (i.e. hydraulic pump only runs on demand) as their major feature. The special run’s decal stripe was also given an update: a thin, red pinstripe was added above the black stripe.

These tractors are referred to as the 86 series Tri-Stripe as they have three colors in the side stripe: red, black, and white. The 786, 70 HP, was offered in 1981 with the Tri Stripes as the 686 was discontinued.